Danner Bunch along with such builders as the Dooling Bros., Col. Alexander Morrison, etc. were the earliest pioneers in the building and running of the Spindizzy racers. “Dennymites” were often used to power these models. 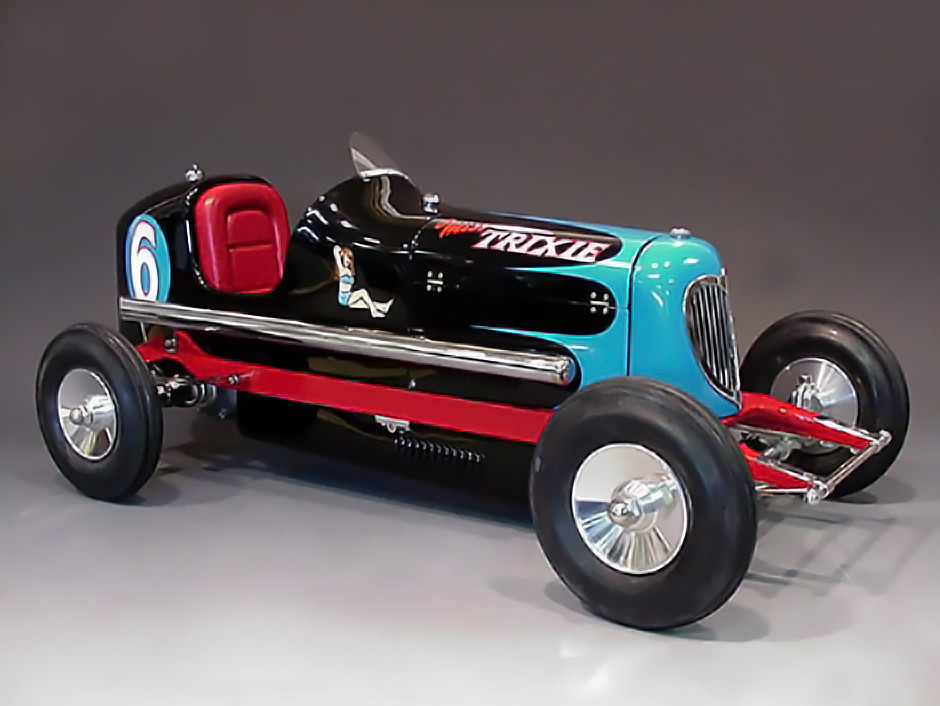 A contemporary build of one of Danner Bunch’s fantastic early gas engined tether racers by Donald John an extremely accomplished and highly respected modeler and model engine builder. The frame has oak rails and the body is carved from wood just like the 1939 cars were. Power is by an early ignition .57 “Dennymite” engine driving a beautifully machined differential in the rear. 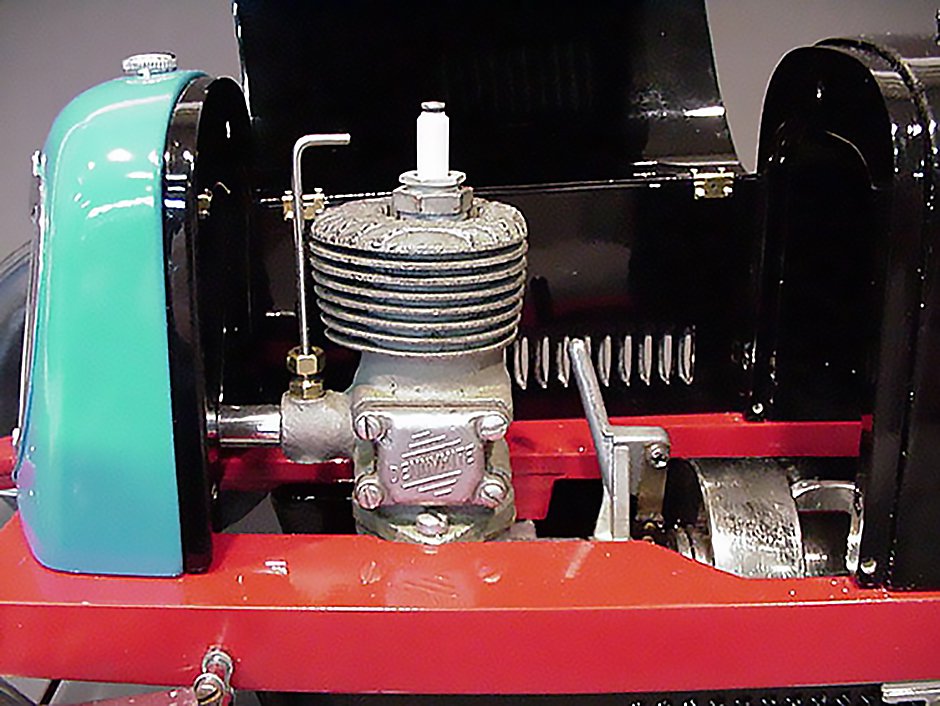 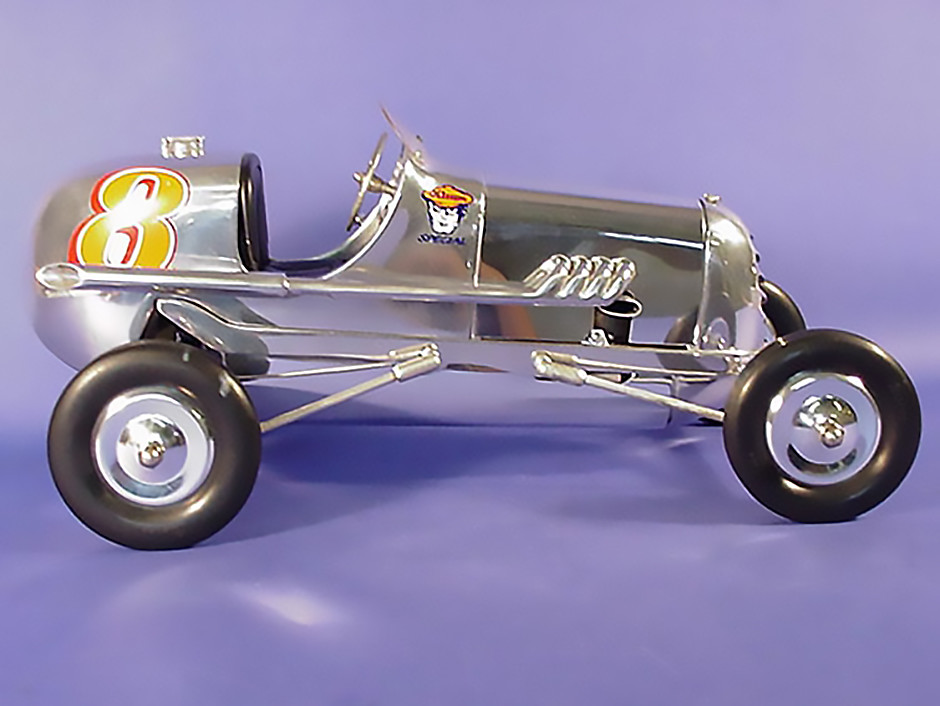 This is one of the superb Herb Singe, Sr. continuation cars. Herb’s cars are absolutely accurate versions of the old Bremers which in the 30’s and 40’s raced on the tether and rail tracks against such rivals as Dooling, Alexander, Rexner, Morrison, and McCoy. 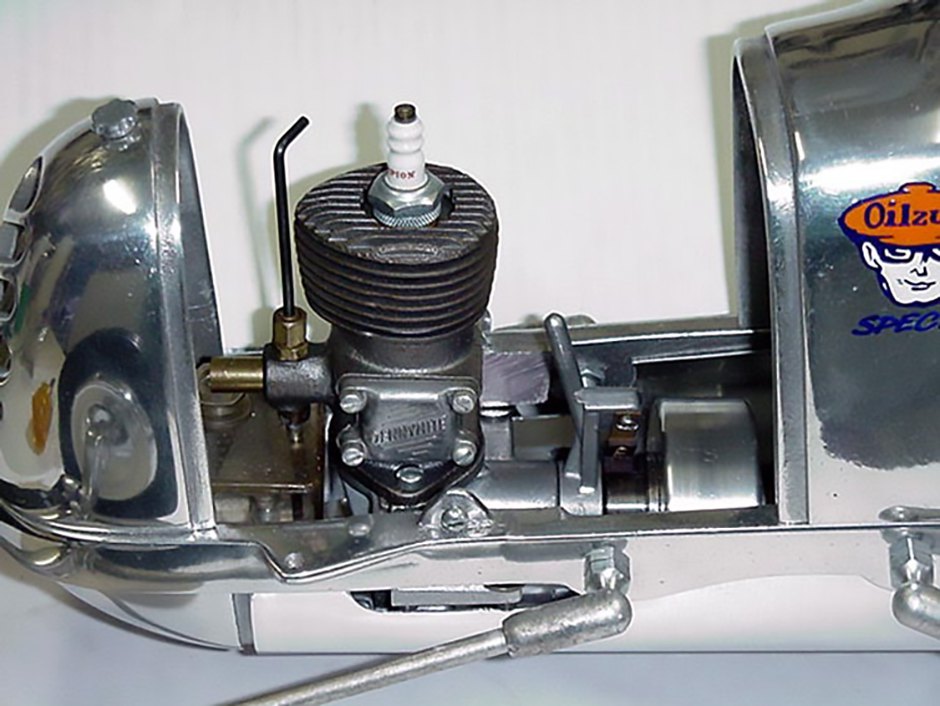 It is powered by an ignition .57 “Dennymite” engine connected through to a machined differential. Proper semi-elliptic springs at both ends, radius rods, etc. complete the chassis. 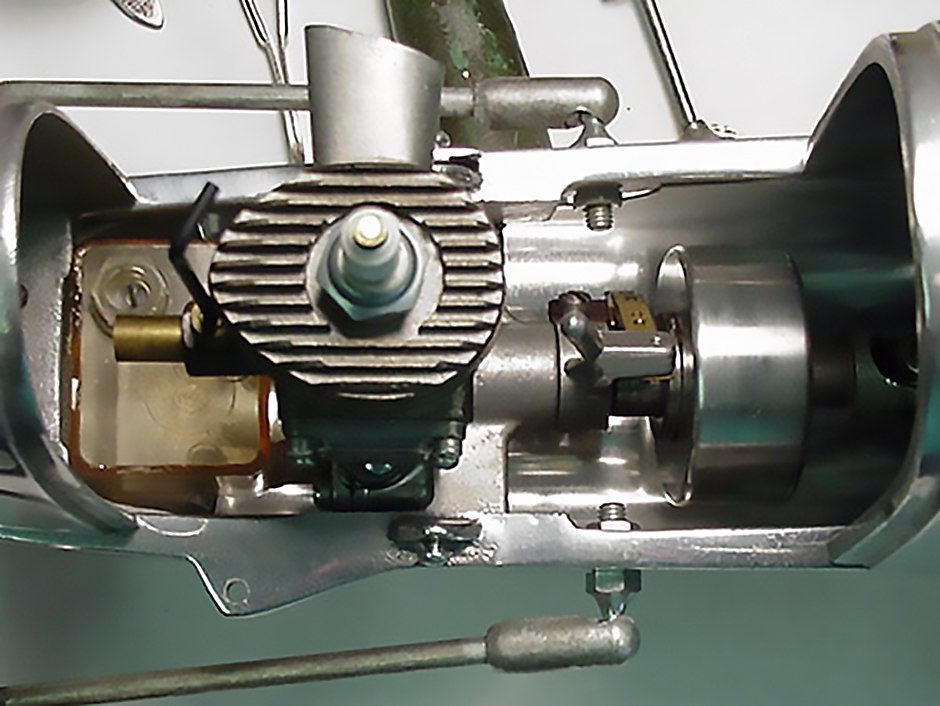