Engines of the Golden Era – Dennymite

The story of Reginald Denny’s “Dennymite” engine is really the story of Walter Righter and The Righter Manufacturing Co.

Denny owned a hobby shop and had asked Walter Righter to participate in a miniature airplane engine contest. Denny wanted an engine he could sell under his name and Righter won the contest.

Named the “Dennymite”, It was the first reliable miniature airplane engine and The Righter Manufacturing Co. made over 10,000 of them for Reginald Denny Industries; located at 5751 Hollywood Blvd., Hollywood, CA. 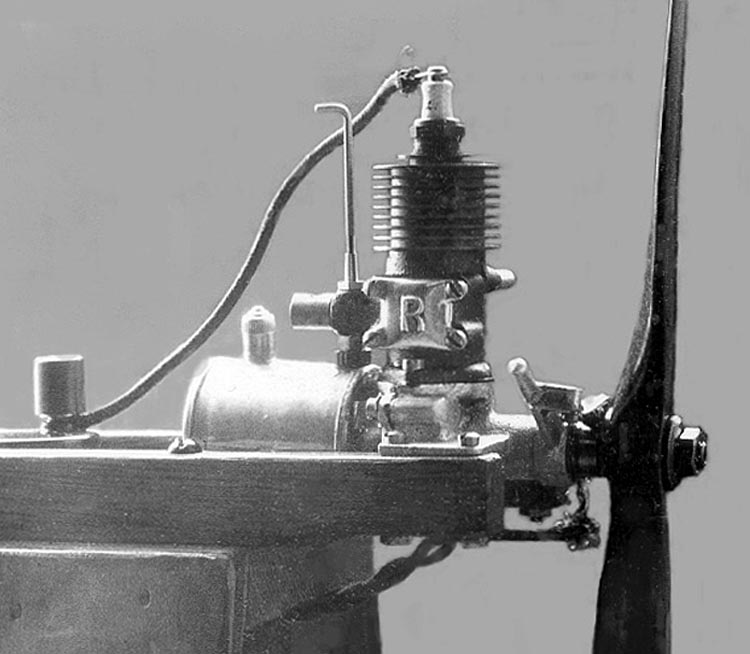 The Prototype “Dennymite”. Note the embossed “R” for Righter. 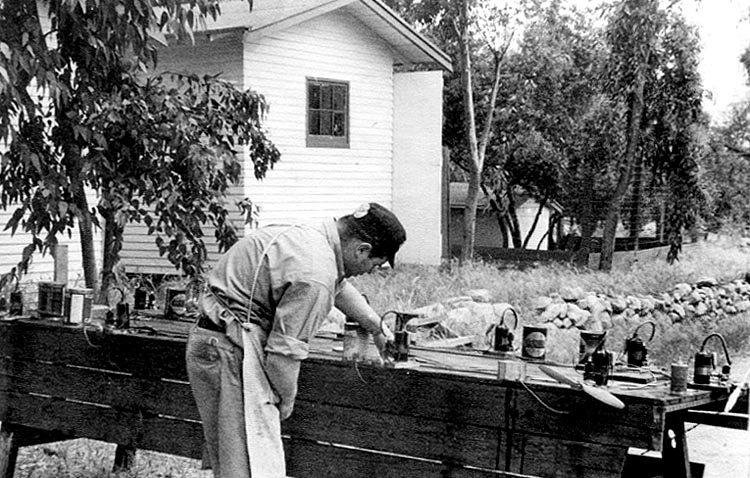 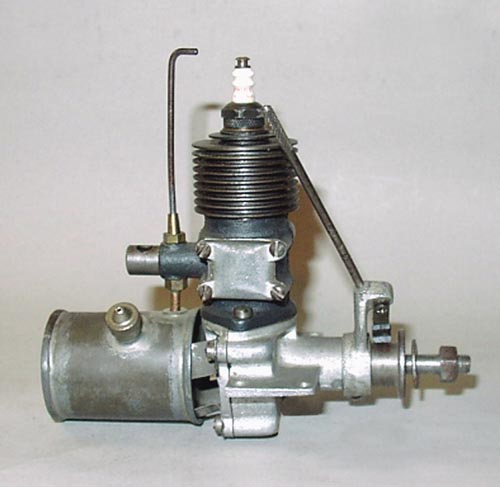 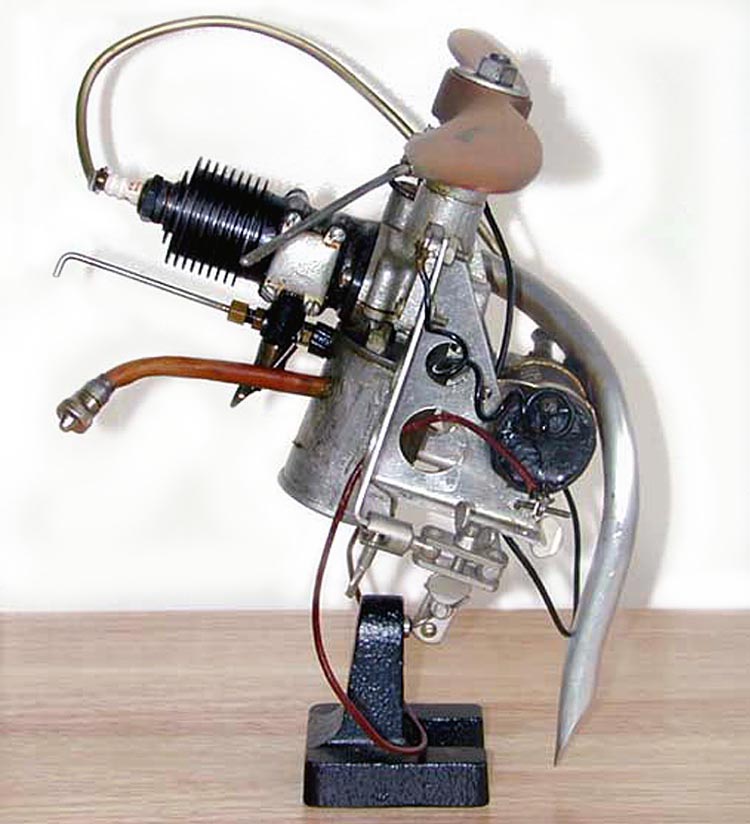 Jim Dunkin writes: “This is a 1937 “Dennymite” .573 with minor alterations from the original engine. The long neck on the filler for the tank is not original. Also, the spring loaded choke mechanism came from the 1938 Denny Deluxe, same as the exhaust stack. The fact that the bypass cover is cast aluminum with no markings indicates it was extremely early. I think Walter stated he began the serial numbering with #100 after the test engines.” 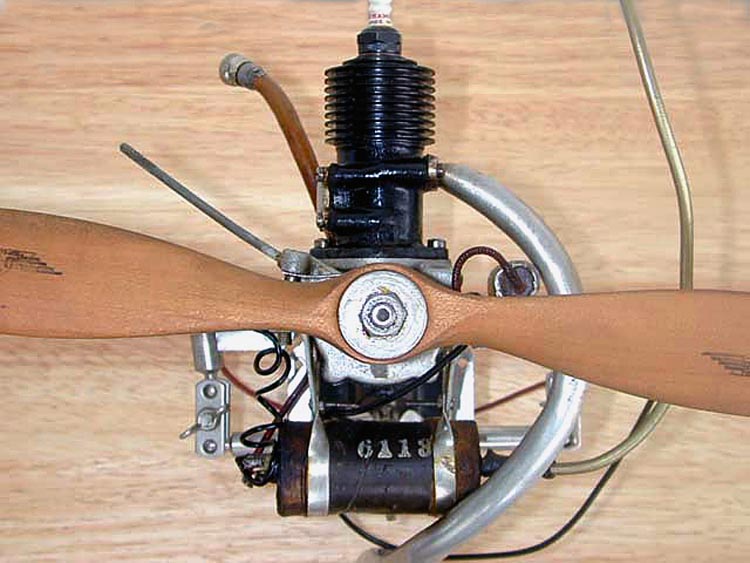 Jim Dunkin continues: “I suspect that the mounts etc. may also be from the Deluxe. I am not sure when they started making those mounts with a strap for the coil but there was an earlier mount without straps, just a hole for the coil to go through.” 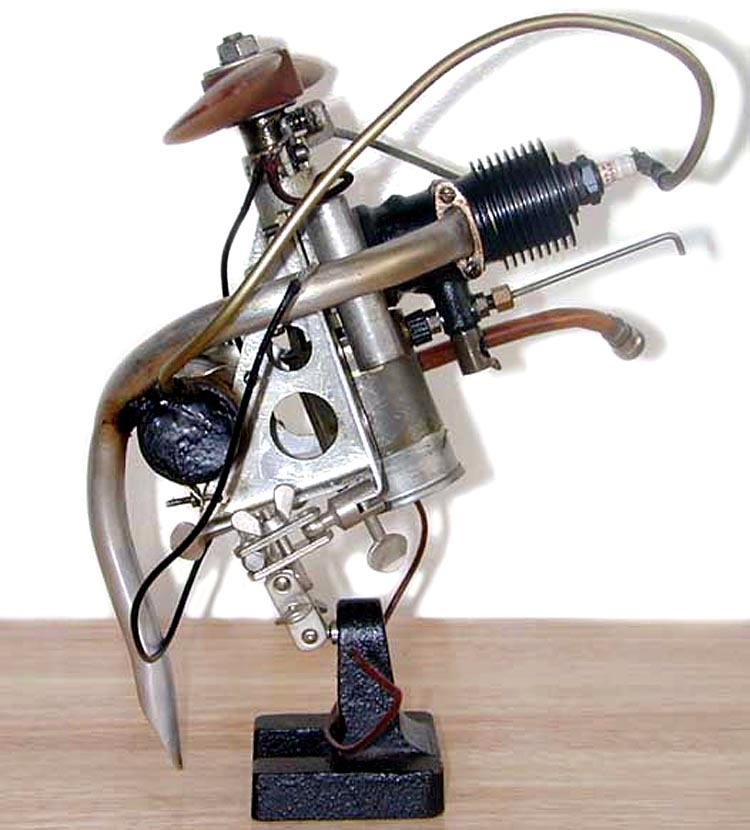 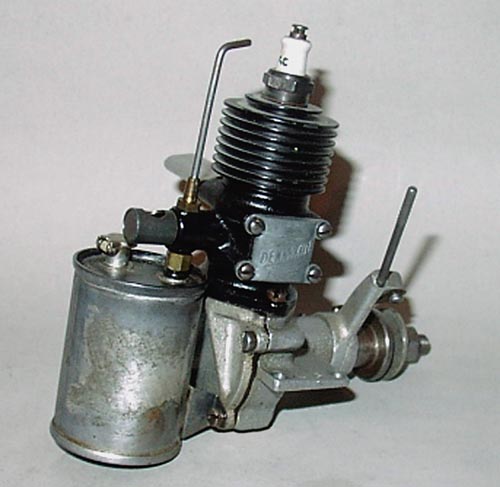 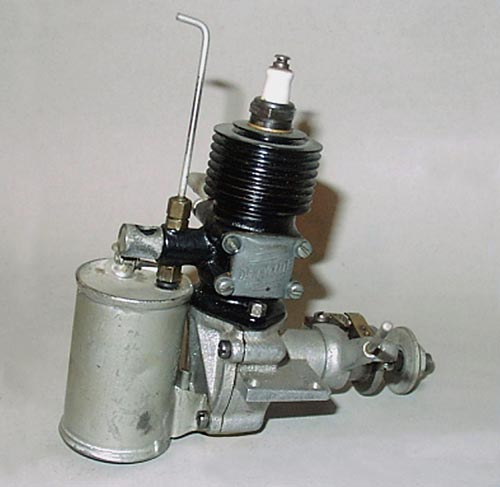 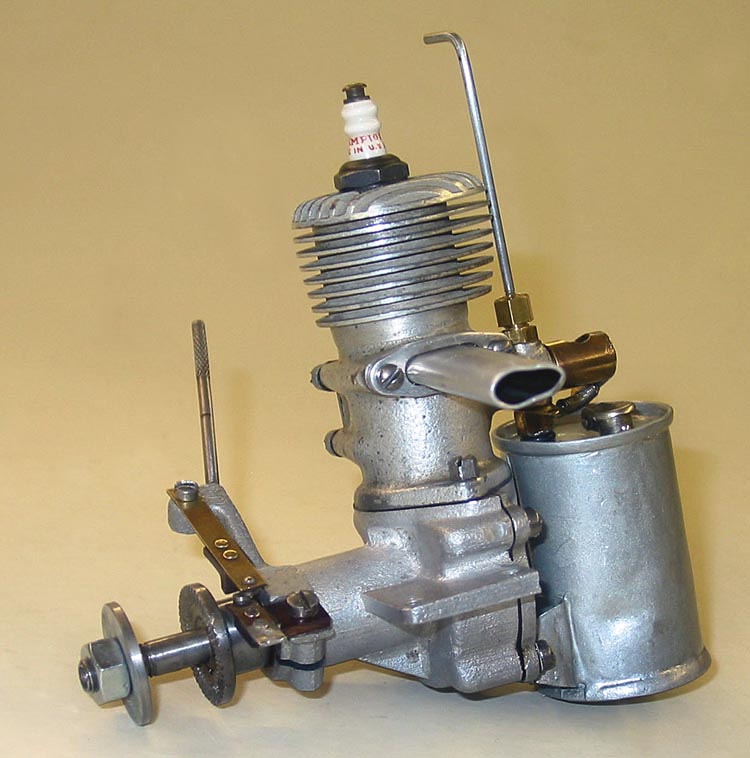 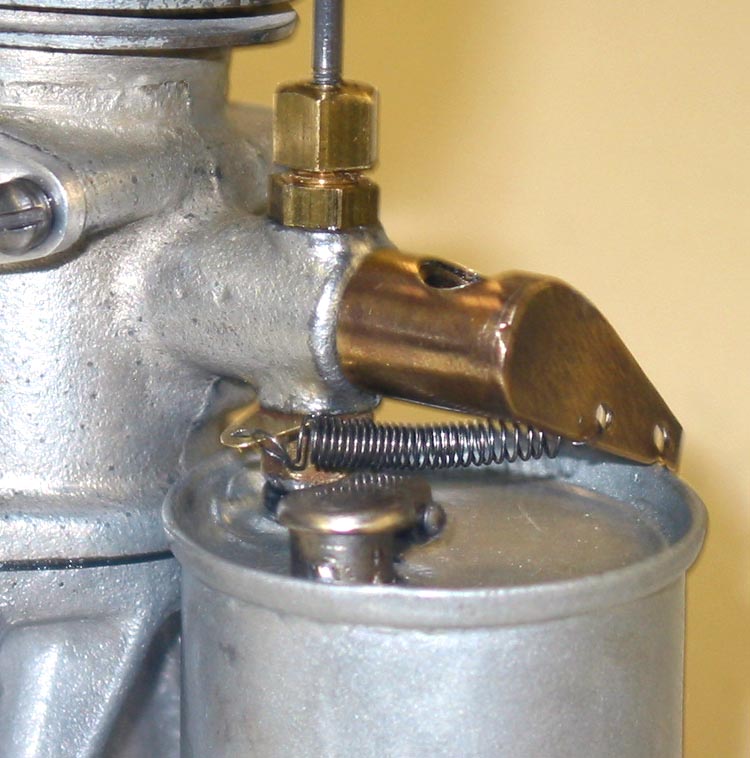 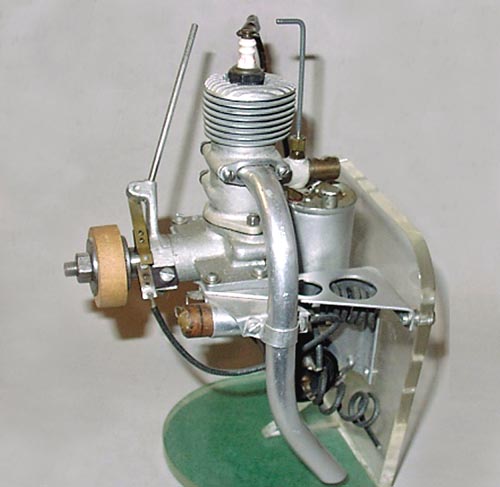 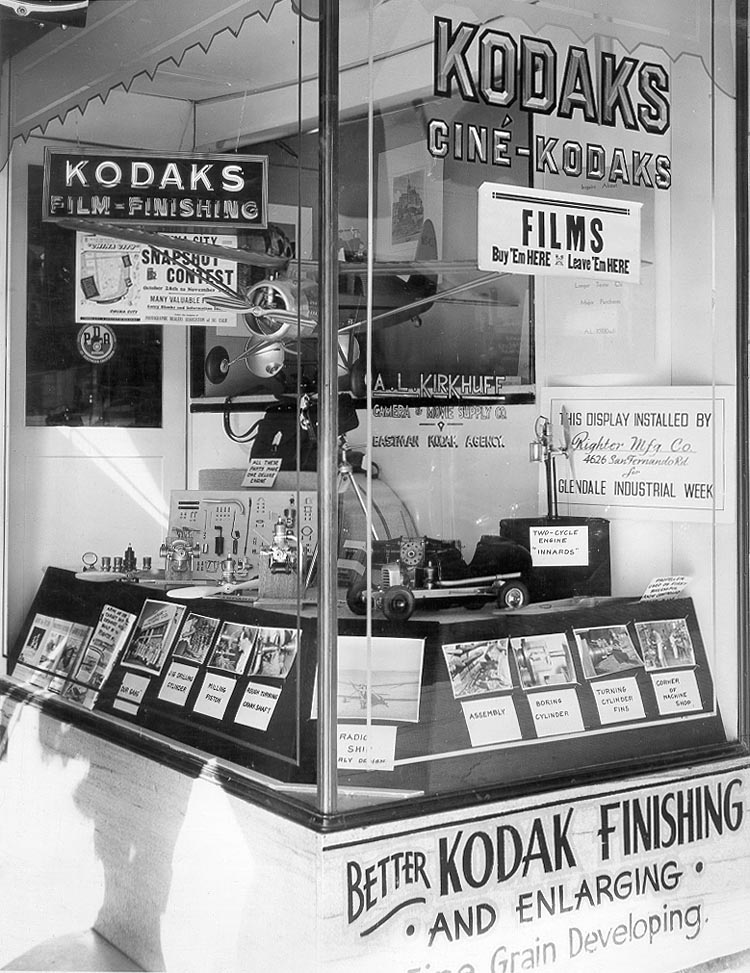 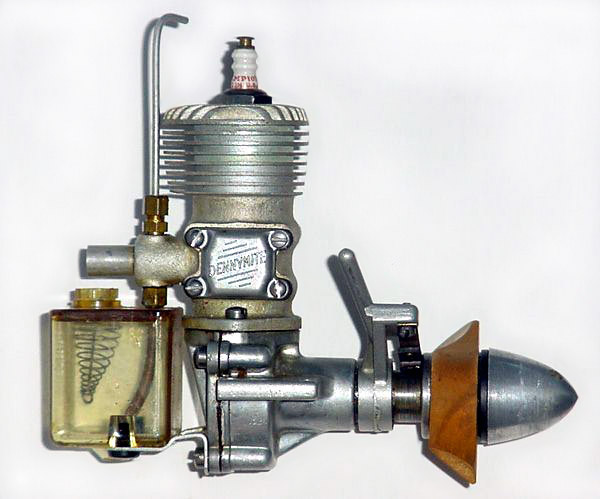 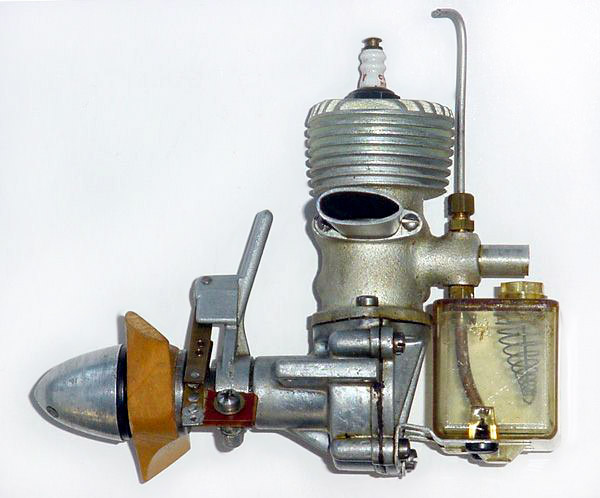 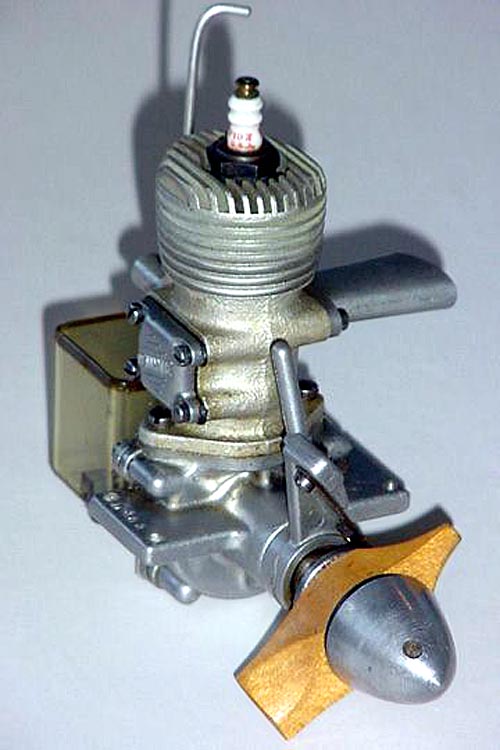 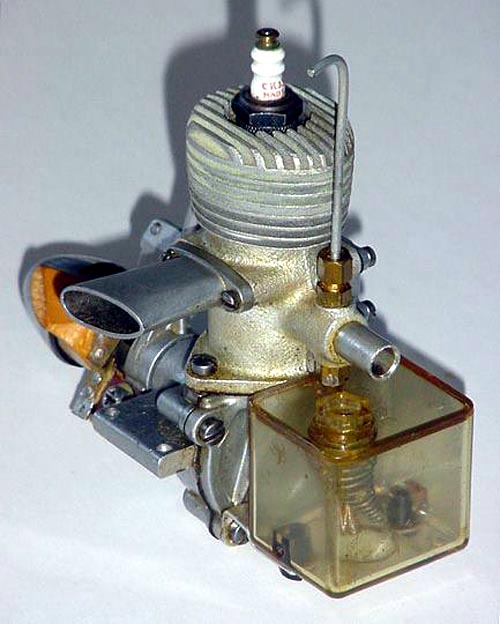